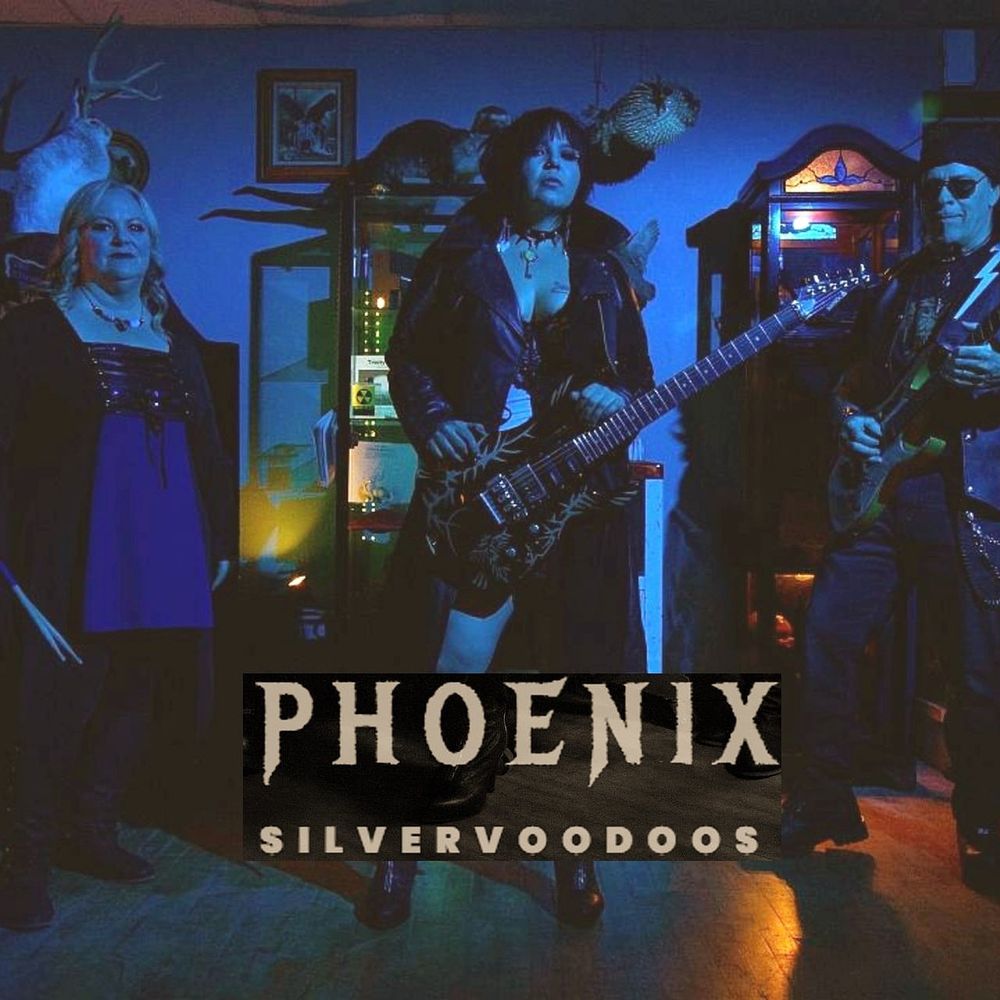 We were Saskatoon Regional Finalists in the Jim Beam National Talent Search 2020. We were showcased on Canadian Music Week May 2021. Thank you Canadian Music Week for the opportunity. We have also teamed up with Brian Lanese, 9x Emmy Award winning creative, International Music Producer and 1st round Grammy Nominee from LA.

Enter the amount you wish to donate

Formed in late 2015, Phoenix and the SilverVoodoos is an  original Indie Rock / Alternative Rock band from Asquith, SK Canada.  The band consists of  frontwoman/guitarist Phoenix Christa, guitarist Roland King and drummer Linda King.   Phoenix and the SilverVoodoos' music can best be described as loud and powerful with Roland’s heavy guitar, Phoenix’s fragile but powerful vocals , her grinding guitar licks combined with Linda's engaging beats.  This band's  dark and mysterious sound is sure to please your “rocker” soul.    Audience feedback declared Phoenix and The SilverVoodoos "a Rock and Roll revival"!

The band held their official EP release party at the Black Cat Tavern in February 2020, opened by special guests and talented local rock acts Rory Lawford (Riff Raff & PowerSlave) and Jezebel. Phoenix and the SilverVoodoos music is being played  on a number of radio stations across the globe. The band recently teamed up with Brian Lanese (9x Emmy Award winning creative and International Music Producer from LA) and released the first 2 singles off their upcoming album in August 2020.

Phoenix and the SilverVoodoos were Saskatoon Regional Finalists in the Jim Beam National Talent Search in 2020 and were showcased on Canadian Music Week May 19, 2021.   The band celebrated Canadian Music Week by releasing their latest single The Price (Band Mix) , a song calling for action to Stop Domestic Violence.

Among the bands many accomplishments they continue to support March of Dimes Canada, every year since 2015,  as an active participant in their Rock for Dimes charity event.   This event was not held in Saskatoon 2020 or 2021.

In 2021 Phoenix and the SilverVoodoos were one of the many participants in Doylefest.  Doylefest is an annual outdoor music festival raising funds for CAMP music programming in remote and under-served communities in Saskatchewan.   This year over $8,000 was raised.  The band is hoping to be invited back next year.

Check out their events page for up and coming show dates.  You can find their music on most streaming media sites.

Phoenix and The SilverVoodoos Summer 2018